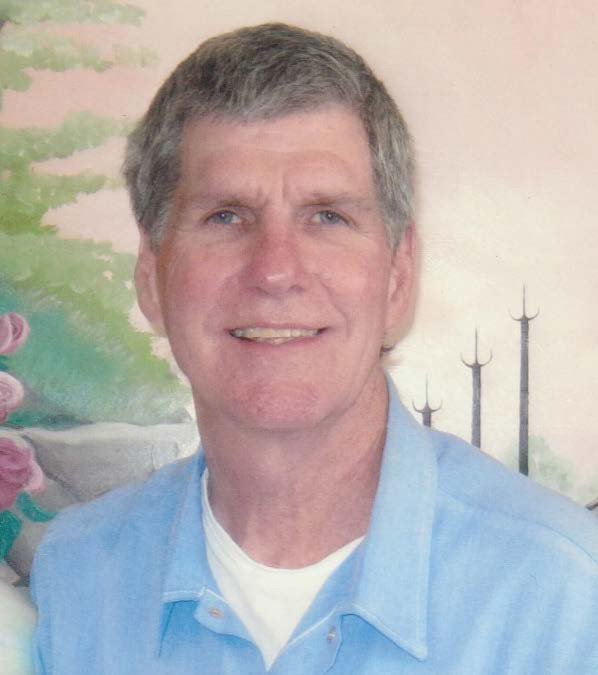 I was running from the pressure I put on myself to succeed. I felt I would only be accepted by my family if I performed well. I didn't realize they loved me regardless. I looked for love and acceptance in sex and relationships that never fully satisfied the void in my heart. My grades were not that good. I had had several car wrecks and felt like a failure. I decided to flee to California. I thought I could get away from the pressure, find freedom, a new girl friend and real marijuana. I found all of this and more with a friend, who had moved out west a few months earlier.

Now I see that I was only medicating my pain. Alcohol and marijuana no longer worked, so I tried hallucinogens. My friend and I chewed up rosewood seeds, supposedly from Hawaii. They turned everything in the house blue and caused all my anger to come out at once. I went on to ingest LSD and other poisonous chemicals for the next two years. Once I ate the root of the jimson weed, a poisonous plant with large trumpet shape flowers, which almost killed me. This is where the wild man photo was taken of me under the influence of that plant, while in the Van Nuys County jail. So be warned; children have died from jimson weed, which should be avoided at all cost.

It is pointless to share the many trips I had on drugs, but taking methamphetamines for 30 days before my crime, took me over the edge. This drug affects the entire make up of the human body: mentally, emotionally and physically, not to mention socially. I became extremely compulsive, not able to restrain myself with any sort of normalcy. I dulled my conscience while on meth, with no concern for right and wrong, or the value of life. After the crime, I couldn't believe what I had done. I was emotionally sick about it -- heart broken.

I was at home in Texas when an arrest warrant showed up for me. I had returned home like the prodigal son, still smoking marijuana, but before I turned myself in to custody, I flushed it down the toilet. Now, I had to deal with my pain without drugs. Those nine months in the Collin County Jail were very painful. I couldn't deal with what I had done. I lashed out at my parents while on visits breaking their hearts. I was full of fear, not able to control the situation. I can only imagine how they cried all the way home. I was not able to receive their love, because I unfairly blamed them for my mistakes. I was able to record nine hours with my attorney walking him through my crime, which ended up in my testimony book, Will You Die For Me? It felt good to get it out of my heart. I thank God, that my attorney was a Christian and a compassionate man, who loved me, without me even realizing it. It was just a part of his nature. He was a man of God.

The time came when I had to leave Texas to face justice in California. There was no mercy from the first minute I stepped off the plane. I felt like a wild dog with hunters surrounding me ready to make the kill. I dropped down to 106 pounds in a catatonic state, and was sent to Atascadero mental hospital for a 9o days observation. Slowly, I gained a little weight, got through court and was placed on death row, where I started to receive letters from friends. These compassionate letters helped to lift my depression. Nine months later, the death penalty was abolished, by the grace of God. I ended up going to a prison on the coast of central California.

After I got off death row, my family and friends started visiting me. I stopped rejecting the love of God I was experiencing through my family and attorney in Texas. For almost three years I had been experiencing the pain of my failure and the hatred focused towards me. I was looked upon by some as a celebrity monster. Some of my friends saw me as the Charles they had always known, who had met up with the wrong crowd and needed care. Others just wanted to meet me for the notoriety, but Christians came to share the love of God. I could see something in their lives that I desired to have.

My mother always wanted for me to know the love of God. Her favorite song was titled, "Others." It spoke of the Lord helping us to live for others. She wrote many letters to others asking them to help me see my need for the Lord. As I often say, Christians started "coming out out of the wood work", even though I was surrounded by concrete and steal. Mom contacted Chico Holiday, who she heard on television and Chaplain Ray on the radio, asking them to write, or to visit me. Her letters to me always ended by encouraging me to serve the Lord.

I started going to the prison chapel because of my mom's urgings. The Christian brothers were on me like bees on honey. One man asked me to go with him every time he went to church. Each time I went, I heard good news. I would go see the special groups who came into prison to sing and preach. It was the Easter season, so I heard about Christ's death, burial and resurrection- several times. During the same time, I was in the visiting room with my girlfriend, while another girl was telling the camera man about Jesus. I overheard the conversation, and told my girlfriend about John 3:16, I had remembered it from my youth, but she did not want to hear it. I was blessed to hear it over and over for six months. The Lord was speaking to me in many ways, through many different people. His love was drawing me closer to Him.

Finally, Chico came to visit, telling me about Jesus. Then, Chaplain Ray came from Texas, telling me of two other former Manson family members, who had given their lives to Jesus. I hadn't yet, but I was close. A couple of weeks later, while attending a prison revival, my hand went up. I wasn't fearless enough to go to the altar by myself, but an usher took my arm and walked me down. The preacher asked me a few questions concerning my beliefs, and I accepted Christ's death for my sins. I asked Jesus to come into my heart, and immediately all my burdens were lifted off me. I knew I had been forgiven, and for the first time, I experienced God's love inside my heart. I remember feeling like candle wax that was melting. I wanted to shout, but I wasn't that free yet!

I remember going back to my cell that night and looking in the mirror. My face was glowing with the Spirit of the Lord. I was radiant, without any sense of sin. I felt like a clean vessel, who had been washed in the love of God. I remember saying to myself, "I'm ten times higher than I have ever been on drugs!" I remember thinking, "And this is free", because I always paid for the drugs. Later, I was reminded that God had paid for the gift of righteousness I had received, with the death of His Son, Jesus.

I still didn't know a lot about God, but I had experienced God's love that night, and I had a new desire to know about His love. My faith grew in God's word. I began to understand what it meant to be in right standing with God. Years later, I found in Daniel chapter 1, verse 20, where the Scriptures say, "And in all matters of wisdom and understanding, that the king inquired of them, he found them ten times better than all the magicians and astrologers that were in all his realm." What I had experienced that night was indeed ten times better than what I had ever experienced with drugs. The next day, I couldn't help but tell others about the love of God I had experienced the night before.

It's All About Love

I'm so thankful that my parents and I were able to share the love of God together, before they went home to heaven. What has made the difference in my life is the healing power of God's love. I've grown to see the importance of sharing God's love daily with those around me, because of how His love drew me to Him. God works through love!

The Scriptures verify that those who have been forgiven much, love much. I have experienced the love and forgiveness of God. It was the love of God that drew me to Him, so that I could experience His forgiveness. In like manner, it is the love of God that ministers through our lives to draw others to God, so they too, can experience His forgiveness. This is the God kind of love -- unconditional. The kind of love that does not judge, but acts with compassion towards those who are lost.

Let us love one another as God has loved us, especially those who are not in the Body of Christ. I often think of how I was loved by Christians, when I did not know Christ. It is hard for us to share God's love, if we have not experienced His love for ourselves. As Christians, we are born of His love, and if we do not love, we do not really know God, for God is love. Let us meditate on the book of First John in the New Testament. As we behold the love of God displayed in the passion of the cross, we receive His love and reflect it. As we come to truly know His love, righteousness, and grace, the Lord will use us to reach this world with the Good News of Christ. This way the world will be won, as they see God's love demonstrated in us.

"And I pray that Christ will be more and more at home in your hearts as you trust in Him. May your roots go down deep into the soil of God's marvelous love. And may you have the power to understand, as all God's people should, how wide, how long, how high, how deep His love really is. May you experience the love of Christ, though it is so great you will never fully understand it. Then you will be filled with the fullness of life and power that comes from God" (Ephesians 3:17-19 NLT).