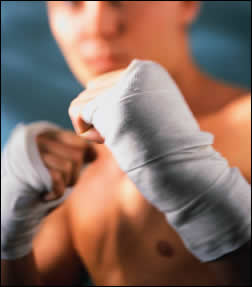 Let's face it! Many of us are living defeated lives for various reasons. Often we look outwardly to blame our defeat on people, places, things or circumstances, but instead, let's look inwardly, asking ourselves a few questions that might spark some insight.

Who Is the Enemy?

It is pretty common knowledge that we have three enemies who try to defeat us: the world, the flesh and the devil. This world system has been in our face since we came forth from our mother's womb. This evil world looms before us and tells us that God is far away, in the distance. We grab the closest treats to satisfy our persistent cravings. And we blame everyone else, instead of taking responsibility ourselves. Could it be that we are our own worst enemy?

Let's get real! The enemy is that person in the mirror. Granted, you may have come from a dysfunctional family. We may blame God, but God is not our enemy. God loves you, and He has a plan and a purpose for your life. I encourage you to keep hope alive!

After getting through County jail, I went straight to death row, awaiting execution. God had another purpose for my life. The death penalty was found unconstitutional in '72, and I went to California Men's Colony where I got into hobby craft. I made a toy helicopter for a friend, and on the side of it, I wrote, "Game is Blame!" I knew at that time that I could blame a lot of folks for my past behavior, but to do so, would be only a game. I knew right then and there, I needed to take full responsibility for my actions.

This was before I came to Christ in '75. Yeah, I could have blamed my folks for not being perfect, or the devil, who is loose in this world to deceive, but my own choices were responsible for my downfall.

With responsibility came a need to be forgiven. People sure didn't offer much of it. But for the first time, I felt the unconditional love of my family. Slowly, people did begin to reach out to me. I'm so thankful for those early friends like David, John, Luitgard and others, who saw something in me regardless of my crime. Then, those who knew the Lord came and told me about forgiveness through Jesus Christ. My greatest need was to unload my burden of sins at the foot of the cross.

As I begin to look into the real mirror, the Bible, I saw that I had not only broken man's law, but I had broken many of God's laws too. My conscience was already feeling guilty. As I looked into the mirror of God's commandments more closely, I had broken all ten! I might have escaped man's death penalty, but if God had immediately judged me, I would never have escaped His death penalty. I deserved death for my sin!

I made many toys in those couple of years before coming to Christ. I stayed busy with many things trying to get my mind off what I had done, but there was no relief. I lived in my headphones listening to Rock music, but still my conscience was speaking even louder. I could not drown out the thoughts of my responsibility for what I had done.

Then, the book Helter Skelter showed up in the prison library. It was not an easy read, to say the least. I learned a whole lot that I did not know as a result of Bugliosi's investigation, but not without soaking the book with tears. I won't rehash a lot that I have written about before, but God even used that book to show me the condition of my heart. It wasn't long after that, until I got on my knees and received Jesus' payment for my sins.

Our sin causes us to live defeated lives in torment and condemnation. You may not have a book written about your sins, but you do have the Bible, that tells us without the love of God in Christ, we have a fear of torment. The fear of judgment hangs over our head, because we have not believed the judgment of Jesus Christ on the cross as being for us.

I went to church, but I found out that just going to church could not help me, unless my ears were opened to the message of the Good News. Although I was doing a lot of listening, it took me a while to snap that I was there to hear. I thank God I was in a church where the gospel was being preached, which is not always the case these days. Some churches make you feel like you need to give up all your vices before you can be saved. If that was the case, we would not need Jesus or the church! I knew I was a sinner before I went to church. I needed to be saved and rescued from a sinking ship. I needed the Savior, Jesus Christ, to do what I could not do in my own strength.

The law had showed me my need to be forgiven, and I knew now that only the grace of God could help me. A friend was there to walk me to the altar. There at the cross, the Lord opened my heart, giving me that measure of faith to trust in Him. It was clear, Jesus had died in my place for my sin. I see now that "Tex" died that day and was buried with Christ. That night a new man rose up not only from the altar, but from the dead with Christ. I became a man who is no longer defeated by the world, the flesh and the devil.

The Reality of Victory

It wasn't too long until I found in the Bible the truth. Jesus destroyed the the power the devil had over my life at the cross. I found that God also placed me spiritually in a heavenly position with His Son Jesus, beside Him, far above all the demonic forces of this world. I saw that I could proclaim, and even sing, "Victory in Jesus, my Savior forever. He sought me, He bought me, with His redeeming blood!"

The years have passed now. I have grown in the grace and knowledge of my Lord Jesus Christ. I can not stress enough, the two most important things are how we see God and how we see ourselves. We are not only to see ourselves victorious because of Christ's victory, but that we have Christ's righteousness. He became sin for us, so that we could be perfectly right with God. Jesus Christ is the heir of the blessings of Abraham, and we are co-heirs in Christ, blessed with all the spiritual blessings in the heavenly places.

How we see God will determine our level of victory. God is sovereign, having everything in His control. He is all powerful, all knowing, everywhere present and oh, so much more. But listen, number one, realize that God Loves You! As the Apostle John wrote, "This is real love. It is not that we loved God, but that He loved us and sent His Son as a sacrifice to take away our sins" (1 John 4:10 NLT).