Has the Church Replaced Israel? 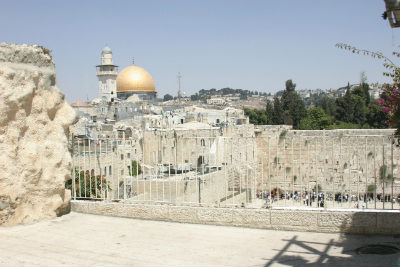 It is astonishing how many true believers, who are clear on most of the Bible, remain adamantly opposed to what the Bible declares so plainly about Israel being restored fully to her land in the last days. It could rightly be said that one's attitude toward Israel (which is by far the major subject of the Bible, taking up at least 70% of its pages) defines whether or not one is truly a Biblical Christian. Almost every event in the Bible happened either to or in Israel.

The Church is not a nation but is made up of people from every nation, and therefore could not have replaced Israel in prophecy. There is only one nation and one people — the Jews alone — to whom God ever gave a land and specific, perpetual promises concerning it. Certainly, the Promised Land was never given to the Church, nor did she ever occupy it as a "nation." The Church was never, for her rebellion against God, cast out of the Promised Land. Nor was the Church ever promised a return to be established again as a nation in that land. But all of that and more was prophesied of and fulfilled in modern Israel. The Church clearly is not Israel. Furthermore, it never was and never can it be Israel.

Even more astonishing, some of those who teach the "Israel is now the Church" doctrine even claim that we are in the Millennial Reign of Christ now. But the lion does not lie down with the lamb and eat straw like an ox as Scripture foretells for the millennium (Isaiah 11:1-9; 65:24-25); and it certainly could not be said that Satan is now locked up (Revelation 20:1-3, 7-9). In fact, he still goes around "as a roaring lion seeking whom he may devour" (1 Peter 5:8).

Tragically, from the days of Moses to the present time, Israel has been under God's judgment, as her history proves; and will continued to be, though back in her land, until she repents and turns to the Lord. At the same time however, she is under His protection, and woe to those who attempt to harm her! Jerusalem will continue to be "trodden down of the gentiles until the time of the gentiles be fulfilled" (Luke 21:24; Romans 11:25).

One day soon, after much tribulation, the people of Israel will return to the LORD and the judgment from God against Israel will end.