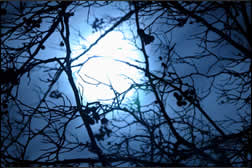 The following is the story of the daughter of one of Charles' victims, who forgave him while on a visit in prison.

It was like any other day in prison, 4:00 p.m. mail call, usually meaning news from family and friends. After reading through the letters, there is always time to reflect on what was just read about the world outside.

One letter was from a woman named Suzan. I pictured her with dark hair, and a dark complexion, for some reason. I remembered that she had written a few times over the past year. Some way she was involved in prison ministry. She definitely had a great love for prisoners, possibly traveling from prison to prison visiting them. So it was no surprise when she said she wanted to visit me in a couple of weeks. I thought, "The Lord has certainly given her a big heart."

Planning For the Visit

I got busy making plans for her to visit. I quickly wrote, telling her the visiting hours. I let her know to contact my wife when she arrived. I didn't tell her, but I seldom visit a woman without my wife present. Suzan was married and seven months pregnant, so I felt if she did visit without Kristin, we would still be viewed as above reproach. That is exactly what happened, we visited alone.

I heard my name called, and off I went for a Saturday visit. I knew we would be sharing all about me, since I live a "fish bowl" existence. After meeting her and finding a seat in the visiting room, I quickly shifted the subject to her. After all, she had come several hundred miles, I was curious. How did she travel to see me? Did she call my wife? Which ministry is she involved with? Why was she visiting me? I had lots of questions.

She told me that she came by plane to Los Angeles, then drove from there. She didn't contact my wife, but wanted to see her afterwards. We talked about her church life, her involvement in prison ministry, and her children. I could see she was very pregnant, and I wondered even more why was this woman visiting me all the way from New Mexico? I knew it was very expensive for her to come just for a visit. I was still puzzled, so I wanted to find out everything I could about her.

We talked for about thirty minutes before the conversation turned toward me. She wanted to hear my testimony and to know how I got saved. I really didn't know where to start, since she was already saved, and it was very hard at times to work through my life before Christ.

I felt very comfortable with Suzan, and started off slowly. She made it quite clear that I didn't have to talk about my crime if I didn't want to. So I gave her my standard three minute testimony. I just felt it would be better to give a quick testimony of the miracle of salvation, and if she wanted to hear more, she could ask. As always, the anointing fell and a time of rejoicing was felt in our hearts concerning what God has done in my life.

My testimony didn't end there, but it seemed like she was being brought into it. As we shared back and forth, I realized we were both in Los Angeles in the late '60s, at the time of my crime. So I inquired about her life at that time.

Then the shock came. Suzan said, "I didn't know, when I came here, if I was going to tell you this or not, but I have something to tell you."

I thought, "Oh Lord, what is this about."

She said, "But first of all, I want you to know that I had no intention of deceiving you by not telling you this before I came to visit."

"Well", she said, "Rosemary LaBianca was my mother."

"Wait a minute, how do I know you're not just some sort of nut?" I asked.

"Hold it now, you're telling me that Rosemary LaBianca was your mother?"

"Yes." She started into a long explanation. She related her being born out of wedlock and about her mother's first marriage and eventual divorce, then her marriage to Leno LaBianca. Without saying a word, thoughts raced through my mind, "I had killed her mother and step-father." Our eyes were filled with tears, as mine are now writing this, and the anointing of God rested upon us.

I could not believe what was happening. After she told me who she was, it took about ten minutes before I heard another word she said.

I said, "Wait a minute, let me get this straight." I spent the next half-hour questioning her and taking her through the third degree. I asked her questions that only she could answer being who she said she was. Finally, I was convinced that she was not a nut, pulling some scam on me.

Resting in the Lord

The rest of the visit was filled with the love of the Lord. The feeling was that we were a close brother and sister in Christ. There' was a deep concern in our heart for each other. We shared deeply concerning our life before Christ, even the crimes. There was no resentment, only the flow of forgiveness. It was a miracle! I wanted to shout, but the visiting room was crowded, and I was still amazed and in shock.

How could this be? It would be easy to be flippant and say, "That's what God's grace is all about, you shouldn't be shocked about it, that's what Christ came to do!" In reply, "Yes, Christ personally forgave us of our sin, but it becomes very personal and real when experienced through the life of another for such sin."

This, I had never experienced with such clarity. On looking back, it is like the personal experience of being baptized, or taking communion. Like these physical expressions of our life in Christ, I had experienced the physical act of forgiveness. The Spirit of forgiveness filled the air. Mere words seemed so out of place. The Lord did it all, by His Spirit, through our hearts.

At the end of the visit, we prayed, realizing the miracle at hand. She left to meet my wife and children. They shared in deep fellowship in my wife's home. I could hardly wait to speak with my wife.

Over the next few months, we enjoyed a rich time of letter writing. There were so many things to share and to understand. Our lives were drawn together and many questions in our minds were dissolved.

She would return to see me at Easter with her new baby. Suzan, my wife, and I attended Easter services together inside prison. The resurrection of Jesus Christ took on new meaning. We began planning a visit for the summer.

A few years have gone by since our initial visit. This miracle was hard to keep to ourselves, but there was a need for our relationship to grow, and for God's perfect timing. His power, love, and forgiveness is so amazing.

I pray that God uses us to reveal His love for sinners. That hearts would be opened to His Spirit, for power to forgive, and that God's love would flow through many souls and expose the covered-up resentment. Thank you Lord, for the healing power of Calvary. Surely, "...where sin abounded, grace did much more abound" (Romans 5:20).

In 1980, she lived in Cambria, only a few miles from California Men's Colony where Charles was in prison at that time. She wondered if any of her parent's murderers were there. But it was after she was born-again that the Lord gave her a burden for the killers. She was born-again while attending Calvary Chapel in Grass Valley, California. Later, she became involved in prison ministry and decided to write to the man who killed her parents.

Suzan had many thoughts about writing him. The Lord told her that they would meet. She made every effort to get acquainted through letters. She wanted to know who he was as a Christian, without revealing her identity. She didn't want to hurt him or make him defensive, so she spent lots of time in prayer before their meeting.

The enemy was trying to stop their meeting, planting negative thoughts, "...the plane will crash, how are you going to finance the trip; no one will care for your children while you're gone; he's probably not a Christian; you'll just be disappointed." But she relied on God's Word, "...greater is He that is in you than he that is in the world." She became determined to be obedient to God.

In prayer and love, she came to the prison. She was happy to be there, even waiting in line for two hours. She wondered what they would talk about. She thought, "What does he think about me coming from so far away?"

Finally, just like God said, they met. They talked a while and you know the rest. She felt the most pure love for her brother in the Lord. As they held hands praying, she knew this was not the same person who killed her parents. "Therefore, if any man be in Christ, he is a new creation, old things are passed away, behold all things are become new."

To quote Suzan, "Unforgivingness keeps us from our Heavenly Father. It will keep us from receiving God's best. Everyone wants a peaceful life, but their unforgivingness prevents them from knowing the peace that God desires. I exhort you to pray for conviction of unforgivingness in your heart. If possible, go to that person and forgive them. If you need someone's forgiveness, then seek it.

"In my life there is victory because of Christ. His love and forgiveness is what saved me from death. I was slowly dying from life's circumstances and my inability to accept and forgive those in my life causing hurt, trauma, and pain.

"The secular world does not understand the relationship of God, His Son, and the forgiveness that flows from Christ to believer, and from believer to others. It is a spiritual truth. I pray that what has happened in my heart and in Charles' will be an example of what God's love and grace can do for us all."