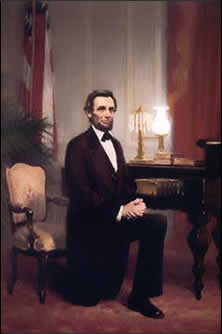 Several years ago, I was asked to write a chapter in Larry King's new book "Beyond a Reasonable Doubt." The following thoughts are my observations and suggestions for an improved penal system.

I was originally sentenced to death for my crimes and it was a sentence I deserved. I believe it was the grace and mercy of God which delivered me from it and in an eternal sense, from much more. I write not to complain about my own circumstances or experience with the parole or corrections departments. I'd just like to see the system work in a more meaningful way. It seems most people have lost hope that prisoners can really change. Could this be because their own hearts need to change before they can perceive life with a confident expectation of good?

President Abraham Lincoln, said: "It is fit and becoming in all people, at all times, to acknowledge and revere the Supreme Government of God; to bow in humble submission to His chastisement; to confess and deplore their sins and transgressions in the full conviction that the fear of the Lord is the beginning of wisdom, and to pray, with all fervency and contrition, for the pardon of their past offenses, and for a blessing upon their present and prospective action."

Wouldn't it be nice for a person to come to prison, experience a true change of heart and leave a better person? This could happen if the Legislature would catch the vision and establish laws that require a person to demonstrate change before release. This would entail new sentencing guidelines and parole board procedures, but in the long run it could save the taxpayers money and solve some major problems in our society.

The Law given to Moses has worked on our behalf for over thirty-five hundred years. The Lord intended for the law to show men their sinfulness, so they would repent, turn from their sin to God, seeking forgiveness. Our tough laws are in place for punishment, not to promote repentance and award obedience. Reward works better than punishment. In California, a felon is usually given a long determined sentence, and put in prison where he becomes lazy, playing cards and watching television, without any incentive for change. Amazingly, both he and the prison staff realize that once released, he will quickly return to a life of crime.

What we need is a sentencing plan which would not only act as a deterrent, but would work on behalf of the felon, the state and the public. A person should realize that if you commit a felony, it is a life sentence. There should be a minimum eligible parole date of one to twenty-five years, depending on the severity of the crime. For instance, if a petty thief came to prison with a one year to Life sentence, he could be released in a year if he applied himself for change. If he didn't, he would remain in prison for life or until he demonstrated a change which would be indicative of being able to succeed in society.

The philosophy of the present parole department would not work. Almost all of those who come before them are automatically denied parole. The few who are found suitable for parole are subsequently denied by the Governor upon review (this is changing as of 2013). A non-political parole board could be set up at each prison saving taxpayers money since it would consist mostly of existing staff. One parole board member would oversee the board made up of an Associate Warden, Psychiatrist, Chaplain, the inmate's Counselor, a Correctional Officer and possibly an inmate, who would not have a vote. All these people would be able to continually observe the inmate who is seeking parole. They would hopefully be able to provide a fair and objective hearing.

In all fairness to corrections, they have recently recognized the value of rehabilitation by forming a threefold plan for job training, education and religion, but there is little positive incentive for inmates to participate in life skills, moral responsibility and accountability programs. Current incentive programs are punitive in nature. If you don't participate; you lose privileges. By implementing a new vision for change, most inmates would be eager to get their education, develop job skills and allow God to deal with their hearts. I believe they would catch the vision of a plan and purpose for their life.

The correctional community should be able to point every inmate towards programs for his betterment. They should provide every opportunity for change through spiritual means, not fearing the separation of church and state. Inmates should be afforded all their religious rights, in accordance with recent court decisions. Training programs would be supervised by free staff, and some classes could be taught by qualified inmates. These classes could be conducted not only in facilities designed for such purposes, but in housing units, at tables where games are usually played. Religious and training programs could also be made available over the institutional television system. Inmates should have every opportunity to prove that they are serious about change through applying themselves to study programs with the purpose of being released one day.

A Change of Heart

I doubt that these changes for prison reform will be taken seriously. It would take a miracle for the Legislature to turn back the clock by repealing laws that have been firmly established for punishment during the past three decades. Corrections has become big business in California, so there is a lot at stake here.

In recent days, we've seen people go to prison no matter what their social status or how affluent they are. It takes more than job and educational training to stay out of prison. The way to stay out is through one thing -- a repentant heart. John the Baptist, Jesus and Peter all preached repentance of sin. They knew that without a repentant heart that we are all doomed to perish in one way or another. Repentance is the only way for a person to truly have a spiritual transformation of heart, where the true problem lies.

In my case, I agree with my prosecuting attorney, who said I needed a new heart. I needed more than the superficial change that self help programs and groups offer. I was fearful of someone operating on me who was as sick as I was. The Lord began tugging on my heart, while giving those who knew Him the courage to reach out to me. They told me of the great love God had for me, even after committing such a horrible crime. My eyes were opened to God's goodness, which brought repentance to my life. On a Friday night in May 1975, in the prison chapel, Jesus Christ came into my heart. I returned to my cell that night with a glow on my face. Since that time it has been a continuous growing relationship with Jesus Christ that has transformed my life.

Who could ever believe that something good could come out of something so bad. I believe as the Apostle Paul wrote under the inspiration of the Holy Spirit, that all things work together for the good of those who are called according to God's purpose. The Lord is asking that we believe a person can come out of prison changed for the good. It requires we believe beyond a reasonable doubt in the Supreme God, who has provided the ability for hearts to be changed through the gift of His Son at Calvary. Let us passionately profess that we can do all things through Christ who strengthens us. Let us believe for change beyond a reasonable doubt!