Welcome! It is always a privilege to share with you each month. In the United States of America, a week is set aside each year to focus on those victimized by crime. Although it is all about the victims and their families, some share their hearts with groups of inmates in prison, especially in California. This is not only a healing balm for the victims, but for the inmates who get in touch with their feelings, gain compassion and learn to empathize.

This week was a three day event in April for those housed at Mule Creek State Prison (MCSP), especially for those involved in the Victims Awareness Offenders Program (VAOP). Each day, Staff members escorted family members of victims into the chapel to speak to a group of inmates, but none were victims of inmates at MCSP.

Some question the ability to trust an inmate in such a setting. But be assured, the three VAOP learning phases equip the men with four core values: respect, care, trust and humility. We have learned to listen intently and to ask appropriate questions when called upon. Our motto is: “NO MORE VICTIMS!”

The men were mesmerized by the sharing of members from four organizations: 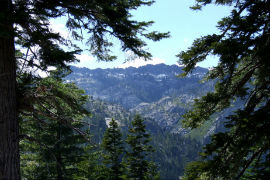 Welcome! I need your help to proclaim that God’s love and grace is greater than the Manson madness through tweets and email sharing the link to aboundinglove.org with family and friends. I pray, “That we may publish with a voice of thanksgiving and tell of all God’s wondrous works.” 1

Many people write me unaware that the answers to their question are on my website. One such person named June had this response after hearing from me:

“You asked if I had been to aboundinglove.org, and I had not. I wasn’t aware of the site until you mentioned it. I have since been there and have watched the movie and am reading the books.

You are such an inspiration not only to me but to others as well. Thank you for sharing your life with us all. You are truly a blessing! I am glad that I have gotten with you.” 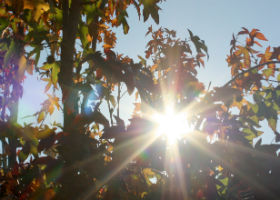 Welcome! It is wonderful to hear from so many who are being blessed by God through this website. “I pray that God, the source of hope, will fill you completely with the joy and peace because you trust in Him. Then you will overflow with confident hope through the power of the Holy Spirit.“1

My heart goes out to those of you who are not experiencing love of any kind. It could be that past hurt and rejection has robbed you from the awesome power of God’s healing love.

Because of your childhood, you may find it hard to accept love. I could have benefited from more hugs and kisses myself. By my teenage years, I felt that love was a physical need, not realizing love’s spiritual side. Though as a child I sang “Jesus loves me this I know”, I didn’t know real love – the God kind of love. 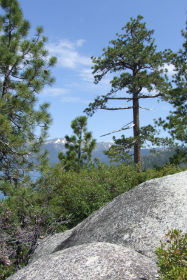 Welcome. It is so wonderful to experience God’s loving kindness and freedom from the baggage of the past. If you are tired of guilt and shame, it is time to accept God’s forgiveness through the finished work of Jesus Christ at the cross. “He is so rich in kindness and grace that He purchased our freedom with the blood of His Son and forgave our sins.” 1

Our choice is to believe it or not. For me, it is a no brainer to receive forgiveness, and not to wallow in the more of the past. Listen to Jeff’s response:

“I have followed your story for a good number of years. I was a history major in school and did a lot of specialized on notable crimes. But it was the born-again Christian in me that has become fascinated with your story. I had always struggled with some guilt and shame over things in my past. I am a recovering drug addict, so you can imagine, I had found the Lord, there was still an overwhelming sense of doubt… the idea was stuck in my mind that God could never or would never forgive me: not for the sins I had committed. I began to wonder if I had ever really changed as a person or if I was lying to myself. It was after reading your books, that God made it real to me that He could do ANYTHING; change anyone, forgive ANYONE, love anyone; that His blood had already washed my sins. It was that day that all of the guilt, those questions, those doubts were lifted from me. 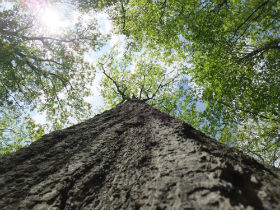 Welcome. I pray that God’s goodness will become real to you this year, and that His love will be experienced deep in your heart. The psalmist David said, “I would have fainted, unless I believed to see the goodness of the LORD in the land of the living.”1

The purpose of this website is to show you the goodness of God. As members of the body of Christ, we represent Jesus Christ on Earth. “And you know that God anointed Jesus of Nazareth with the Holy Spirit and with power. Then Jesus went around doing good and healing all who were oppressed by the Devil, for God was with Him.”2 So what would Jesus do in 2014?

Seek and Save The Lost…

First, He would tell everyone that He came 2000 years ago to seek and save the lost at the cross.3 That He died there fore their sins and rose again to give eternal life, which was in expression of His love for them. This is the Good News: 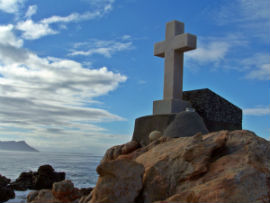 It is my heart's prayer that you receive Jesus as your personal Savior while visiting this site, and for those who have, to "...grow in the grace and knowledge of our Lord and Savior Jesus Christ." 1

The Pride of Life

My pride kept me from receiving Christ into my life until I was twenty-nine years old. As a result, I was filled with worry, anxiety and fear. The spirit of fear caused me to act out in anger and to medicate the pain with alcohol, sex and drugs. Listen to the apostle Paul,

"For God has not given me a spirit of fear and timidity, but of power, love, and self-discipline." 2

After I received Christ, my fear did not just cease, but I had received the Holy Spirit to help me overcome fear. He comforted me in my anxiety and strengthened me in my time of trouble. I began to experience His presence and peace as I turned to Him on a daily basis.

Welcome! It is always such a blessing to share my heart with you. God is doing such an amazing work in my life and in those around me. The apostle Paul said,

“You have heard me teach things that have been confirmed by many witnesses. Now teach these truths to other trustworthy people who will be able to pass them on to others.”1

What a joy it is for me to be able to pass on to you things that mean so much to me. It doesn’t cost me a thing to be a blessing in that way. The healthier we are internally, the more we desire to share it with others.

This could be called the gift of ‘helps’ mentioned in 1st Corinthians 12 verse 28. Since we have the Holy Spirit (our Helper) living in us, He has birthed a desire in us to be a help to others.

“All praise to God, the Father of our Lord Jesus Christ. God is our merciful Father and the source of all comfort. He comforts us in all our troubles so that we can comfort others. When they are troubled, we will be able to give them the same comfort God has given us.” 2 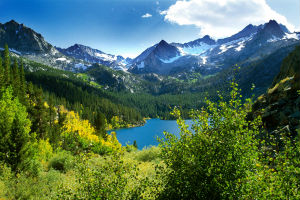 Welcome! We are so excited to bring you a brand new website this month. It was created through a whole lot of hard work, for which I am so very grateful. Our prayer is that you'll be ministered to as God touches your heart with the Good News of Jesus Christ.

"Good News from far away is like cold water to the thirsty." 1

Dealing With The Past...

Forty-five years ago, the Tate/LaBianca murders took place, which I deeply regret. Life would have been different for many if it weren't for my bad choices in the 60's. As a result, the ripple effect still causes pain today. It has been said that,

"Some of us may wonder if we will ever get beyond the pain we experience on a daily basis. But even if the pain remains throughout our life, we will be changed completely when Jesus Christ returns." 2

Thank you for all the wonderful praise reports concerning the renewed website. We have added several letters to "What People Say." We're so humbled by the amazing results.

"How beautiful on the mountains are the feet of the messenger who brings good news, the good news of peace and salvation, the news that the God of Israel reigns!" 1

For your convenience, if you leave your email address, we'll let you know when an update takes place. The website will be updated at least once monthly, but a new word from the Lord will be available daily.

The Lord is always speaking to us as we spend time in prayer, God's word and meditation. As He speaks to you, it helps to speak His word aloud for it to be confirmed in your heart. 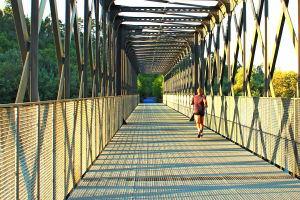 Welcome! It’s a wonderful new month to experience the awesome love of God in our hearts and lives. “Beloved, I pray that you may prosper in all things and be in health, just as your soul prospers.” 1

My significance was based on my performance growing up. I just knew I’d be accepted if I performed well. Surely, I’d be loved by my parents and teachers if I made good grades. I was driven by fear of failure, which eventually led to medicating my pain with alcohol and drugs. 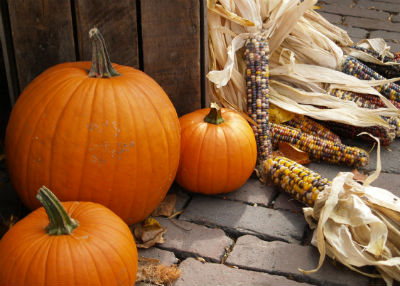 Welcome Beloved! Like never before in the history of mankind, Bible prophesy is being verified by headline news: Ebola, ISIS, Wars, Financial Crisis, Race Riots in Ferguson, Volcanos, Earthquakes, Tornados, Forest Fires, Flooding, Famines, Hurricanes, Mass Shootings and Droughts to name a few. It is very possible that these are the birth pains before the coming of our Lord Jesus Christ, Who prophesied,

“And you shall hear of wars and threats of wars, but don’t panic. Yes, these things must take place, but the end won’t follow immediately. Nations will go to war against nation, and Kingdom against Kingdom. There will be famines and earthquakes in many parts of the world. But all this is only the first of the birth pains, with more to come.” 1

Since I live in a glass house, I am the last person that should be throwing stones. It may seem to you like the apostle Paul is throwing stones when you read what he wrote about the conditions of the last days. 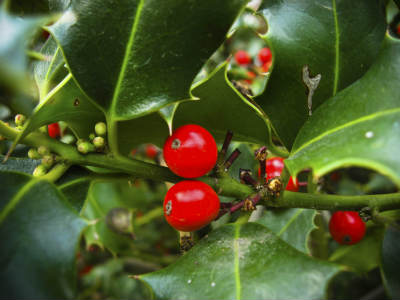 Merry Christmas. Many of us are spending time with family and friends during the holidays. It’s difficult during these times to have stress-free relationships without God’s love in our hearts. On the other hand, when His love reigns, anxiety and strife that often accompany these times, won’t be given place. I have found that experiencing God’s love, grace and peace is the key.

“Dear friends, let us continue to love one another, for love comes from God. Anyone who loves is a child of God and knows God. But anyone who does not love does not know God, for God is love.” 1

The Gift of Love…

Usually, we think of love as the fruit of the Spirit, which is accompanied by joy, peace, patience, gentleness, goodness, faith, meekness and self-control – all overflowing from our hearts. 2 But without God’s gift of love through Jesus Christ, we would not know real love.